David describes himself as a typical Gemini. He is gregarious, spontaneous, fun loving with an eye for the unusual. He says, “I am outwardly controlled but inside my head, it is organised chaos!

”David grew up exploring the local moors and fishing for trout. He played hooker in the school Rugby First IV; took the lead in the 6th Form review as the ‘Prinz’ in ‘Cinderella - Grease Style’ and graduated with an honours degree in Zoology from the University of Newcastle upon Tyne 1982. David has a flare for pencil drawing and cartooning.

In 1983, David shattered 5 vertebrae and severed his spinal cord at L1/T12 in a motor cycle accident. He spent ten months in hospital and then a follow up four years of tests, spinal surgery and physiotherapy.

David literally ‘fell’ into full-time fundraising by accident following the success of his own 12,000ft tandem parachute jump. He developed a reputation for obtaining media coverage to boost publicity for his outdoor fund-raising stunts such as: co-piloting a blind driver at 120mph; swimming underwater across the river Tyne; and climbing the Tyne Bridge with mountaineering legend Chris Bonington.

David now runs Burdus Ltd promoting public relations, sport and access management. His portfolio includes the Palace of Westminster and the Diana Princess of Wales memorial fountain. He developed Baroness Tanni Grey-Thompson’s ‘pure gold’ brand. In 1994, the Duke of Edinburgh presented David with his award as ‘England’s young business achiever of the year’.

Through the 1990’s, although working full time, David kept up his outdoor activities – wheelchair road racing, sea kayaking, sailing, gliding. He has also worked as a television presenter with ITV and C4 including ‘Same Difference’ and ‘The Great Outdoors’.

David is Chairman of the British Wheelchair Racing Association. His brain child, the ‘Tyne Tunnel 2K International’ is the world’s fastest and toughest wheelchair race with athletes hitting a breath-taking 56mph on the downhill.

He now lives in Corbridge, Northumberland - the heart of Hadrian’s Wall country with his wife Janet. They have four children and a beagle. David’s passions include driving his motor trike in the sunshine, cooking traditional English food and malt whisky sampling. His ambition is to be the person responsible for getting rid of the steps at 10 Downing Street.

All Posts by David 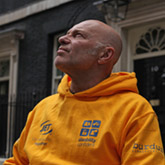 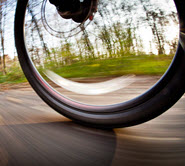 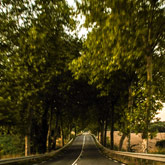